In past few years, web development has undergone a significant change. It is largely driven by the recent trends such as mobile, and the development world is rapidly involving. Here we will discuss about what has certainly changed in these years, where the web development is going towards and how it is going to affect your business. 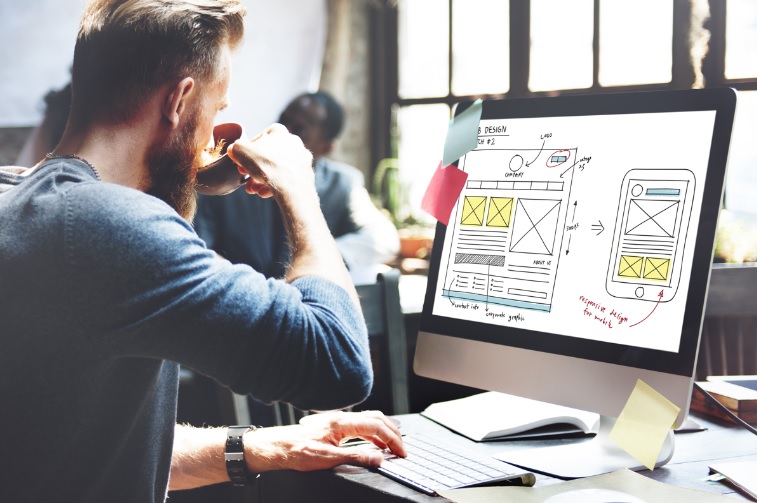 A few years ago the web used to be a completely different place. At that time, the smartphones didn’t exist, and Internet Explorer used to dominate the browser market. The development methods at that time were far different than what they are today. Since that time, we have witnessed the emergence of smartphones and tablets. The mobile browser usage has already surpassed that it is done on the desktop. The web development methods have changed by a significant margin to keep up with this trend. The biggest question remains that how web development has changed in recent times.

With the changing development trends, there are two essential levels for the businesses. The companies now don’t have to be stuck to the old ways of doing things. This makes the businesses which are behind the times result in potential customers having a negative view of the company. For instance, a business website which requires Internet Explorer sends a wrong type of message to the users. These days, the apps and website should work across every browser as well as every device.

Also, the business can miss out on the advantages that these different changes provide. Changes which have been introduced in the past few years have significantly improved the capabilities, application speed and security along with many other things. In the coming future, there will be more changes that will create more advantages. One can’t ignore those advantages. There is a rise of website maker which also needs to be taken into account when it comes to the changes in the web development scenario.

Now, let’s look at the changes that have happened in web development.

1. The rise of mobile has resulted in the transformation of different aspects of web development. One of the major change is the changed user experience. It has certainly forced the developers to create different types of web applications which behave like native applications. Due to this, we have witnessed a trend over these years. There has been a shift towards the client-side development. During the earlier days, the client-server model used to rely on the server doing the most work and then sending back the results to the client. Now, this is changing rapidly. Users now demand stronger as well as more responsive web applications which rival the native mobile apps as well as desktop software. As a result of this, more applications are put in the browser. Now we are seeing more kinds of JavaScript frameworks replacing the traditional development methods.

The main change in the recent years has been a migration from familiar LAMP stack and in the direction of dual data binding frameworks of JavaScript  like Meteor and React. While these frameworks claim that they ease the development, but there exists a steep learning curve for most of the developer who is coming from the LAMP. But once it is ramped up, the developer can easily do the client-side things with much more efficiency. Now, developers can develop a website using website builders.

2. In the recent times, there has been an increase in cyber attacks. The attackers have become more sophisticated. This trend is growing rapidly. Developers are generally making same security mistakes which they used to do a few years ago. According to a recent study, over 90% of the web applications have at least one serious vulnerability. Having said that, there has been an increased focus on security. Even though the application security does lag, it will become a main development focus in the coming years. Security is among the most primary issues which is on the minds of developers these days owing to a number of security breaches that have happened in past years. Developers are now using SSL as well as two-factor authentication far more than what they used to do in the past. Now, everyone is trying to add at least one security layer to everything they create. We have also witnessed the release of HTTP2 which will certainly assist with the security as well as help in discovering issues in quite a lighter protocol. A website creator now comes with extra security features which allow the developer to create a website with ease along with added security.

3. HTML5 became the industry standard back in 2014, but it is evolving constantly. There are new features as well as APIs are being added on a regular basis. Even though HTML5 is surrounded with some confusion, it is changing the web development quite an important way. It is delivering the features which help the web applications to behave and act like native apps. There are two major changes which define the space. One is the addition of new HTML5 APIs which add native-like features to different web browsers. The limited list of these currently available APIs such as camera access is increasing to include various new features like offline access, local storage as well as notifications, to name a few. However, the changes don’t stop here. HTML is also working in conjunction with CSS or Cascading Style Sheets which are also going through some significant changes. CSS is also responsible for the look/feel and layout of the page. It is behind the responsive design which is the ability of the web application to appear on various devices as well as screen sizes. Any website builder that exist today generally comes with the option of creating a responsive design.

One of the most interesting thing for the developers is the upcoming changes as well as advancements in CSS. Variables can be easily manipulated right in the CSS. Firefox has already started implementation of this as of version 38, and it is also coming to Chrome.

4. As we have mentioned earlier, we have witnessed a sudden growth of mobile devices which is changing the web app development. Another significant change is the single page app growth.

In the past, a website or a web application consisted of multiple pages which were linked together. The problem with this type of approach was that the pages used to load slower on the mobile devices. Navigating any complex website used be quite frustrating on any mobile device and the user has to wait around or the pages to get loaded. Due to this, we are now seeing that the applications are switching to a single-page approach. Another change is the mentality of Single Page application along with all the latest frameworks which come along with t. To emulate native apps, new web app are now built as a single page in such a way that they don’t have to load an entirely new page. This makes the web applications faster in appearance, and it also allows for much more  visual transitions from one state to the other. It comes with different challenges such as security issues to SEO issues along with framework choice issues. A website creator of recent times allows the creation of single page website.

5. Another change that has been brought by the rise of the mobile is the growing importance of UX or user experience which has certainly skyrocketed. While this particular change is already accepted by most of the developers, it is added to this list as a lot of companies hasn’t quite grasped the growing importance of UX. The user experience can essentially make or even break a mobile app, and that also carry to web applications. Users of today’s times expect simplicity. They want a web application to have easy and intuitive experience. Great user experience is quite different from a great design. It accounts for the particular path a user takes while navigation the application. It accounts for the application speed too. It is largely about how the application actually responds to the user. There has been a rapid growth in this field in past few years, and it is expected to change continuously.

6. The way the users use the web is also changed. There used to be a time when the users used to open a web browser and browse the internet only, on their computers. It is not that simple nowadays. We now not only have mobile apps but also mobile browsers. We also have smart devices that also access the internet. The Internet of Things is also changing the scenario. Web development is not restricted to the pages but becoming more about the data as well as the experience that it delivers to the users. There is a change in how people are now using the web. There won’t be a main focus of the browser, but there will be more focus on the user engagement as well as user experience. Devices like Apple Watch have already used these aspects to make the function of opening the browser less significant and getting more integrated into daily lives of the users.